×
Go to content
×
AN INTERVIEW by JOHN PATTERSON with ANNA BILLER,
published in THE GUARDIAN, March 2017
“THE big question,” says Anna Biller, “is what would happen if men loved women as strongly as women want them to; the way women crave to be loved  by men. Men are known for being much less emotional than women, but, in  my experience, they’re much more emotional. And that’s why they won’t,  or can’t, open that gate – it would destroy them. And that’s what kills  all the men in my movie – having to experience their own feelings.”
Biller is the director of The Love Witch, a feminist, style-drenched  fantasy of witchcraft in the modern era, rendered in self-consciously  stilted and melodramatic dialogue against a mise-en-scene of eye-popping coordinated colours and costumes. Elaine (Samantha Robinson) is a young  witch who flees San Francisco after the mysterious death of her lover  and fetches up in a picture-postcard small town in northern California.  There, she beguiles a succession of men with her beauty, spells and  potions. But none can face the power of the emotions she arouses in them  and so the corpses pile up again.
Biller and I meet in an appropriate locale, the Tam O’Shanter Inn, something of a Los Angeles institution. Ninety-seven years old and  soaked in movie lore and history, it is like a classic Mildred Pierce,  meat-and-martinis 1940s joint, once a popular movie-star hangout. We  lunch among original drawings by Walt Disney (a beloved regular in the  postwar years) at John Wayne’s favourite table, and talk movies – as is only proper here.
With Biller, the references come thick and fast. In The Love Witch, she channels, among others, 50s Hitchcock, Douglas Sirk’s lurid lushness, Rainer Werner Fassbinder’s deadpan gaze, Nicholas Ray’s poetry, Sam Fuller’s tabloid style and Todd Haynes’s revisionist sexual politics. She cites the salacious, female-driven movies of the early 1930s – before the Hays Code instructed that a film should not “lower the moral standards of those who see it” – such as Baby Face,  in which Barbara Stanwyck seduces her way to the top of an outrageously  phallic corporate skyscraper, floor by floor, man by man. Then add the  Technicolor, widescreen, haute-Hollywood “women’s pictures” of the 50s, a  touch of Hammer Studios, The Wicker Man, Rosemary’s Baby and any number of studio melodramas and musicals.
Much of the music is borrowed from Ennio  Morricone’s scores for 60s giallo thrillers. And yet it’s very much its  own, subversive work of feminist art, alternately bold and sly in its bone-dry humour. 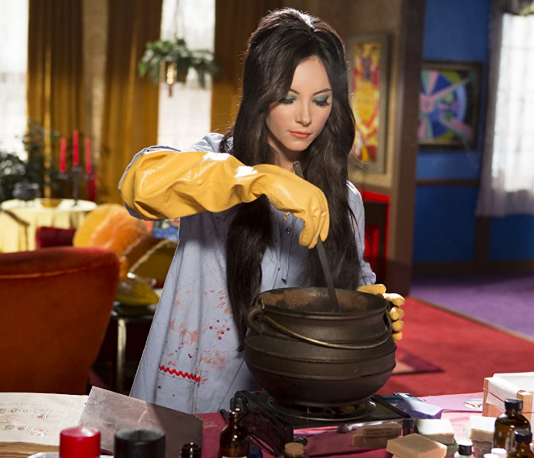 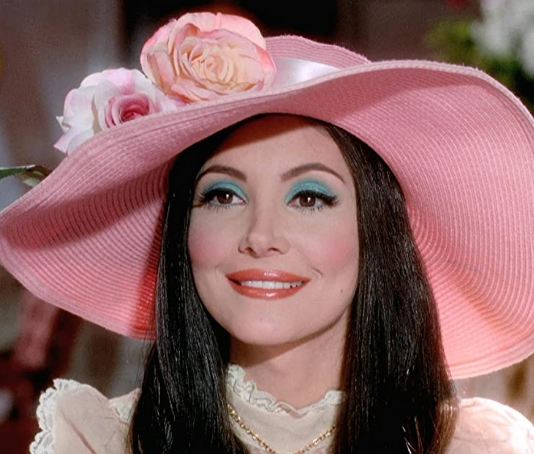 We meet on the Monday after the weekend of the Women’s Marches across the globe. The Love Witch was released three days after the election, itself an 18-month-long tsunami of grotesque misogyny and sexism. Did that make a difference to its reception?
“It came out right on time,” she says. “As soon as the election  happened, the reviews became very different from what they had been  before. They talked about the character and her situation as if it were  now something current and relevant, which they hadn’t done before. Then  they started calling her, ‘The Love Witch #nastywoman,’ you know,  grab-her-by-the-pussy jokes. People became more conscious that this  movie’s ideas were relevant now, rather than seeing it as some fun  little retro thing. And those scenes towards the end, at the bar, with  the near-rape and the crowds shouting: ‘Burn the witch!’ – that all  feels pretty Trumpian all of a sudden.”
The film took seven-and-a-half years to complete, and Biller handled nearly every task. She wrote, directed and edited, storyboarded every  shot and worked closely with her cinematographer, M David Mullen, an  expert in reproducing classical camera styles. She designed (and  sometimes built) the lavishly detailed sets and the many vibrant  costumes (many of which she stitched herself). Her own paintings adorn  the sets, and she wrote special music and songs and commissioned  musicians to perform them. Hers is a deeply artisanal, handmade,  hands-on, highly controlled species of independent film-making that one  is surprised and gratified to find still exists.
“It’s not important that I do it all,” she says. “It’s important to be  the right tone. I think I’ve been able to achieve what I’m seeking, but I  don’t quite know how to describe it. I’m constructing as I go along; I  discover things while I’m working.”
Biller grew up around her painter parents and their bohemian friends in Santa Monica Canyon, and calls herself a “nerd who was always watching old movies”. She studied art and film at UCLA and at Cal-Arts, the  Disney-backed LA art school, whose faculty included Thom Andersen (Los Angeles Plays Itself),  minimalist director James Benning and feminist film-maker Nina Menkes.  Hence, perhaps, her decentred, off-Hollywood, questioning brand of film  art. 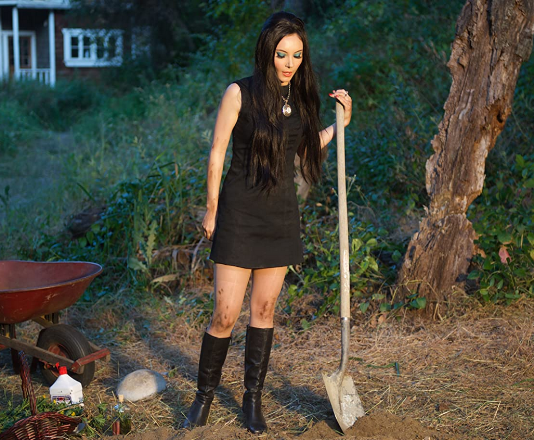 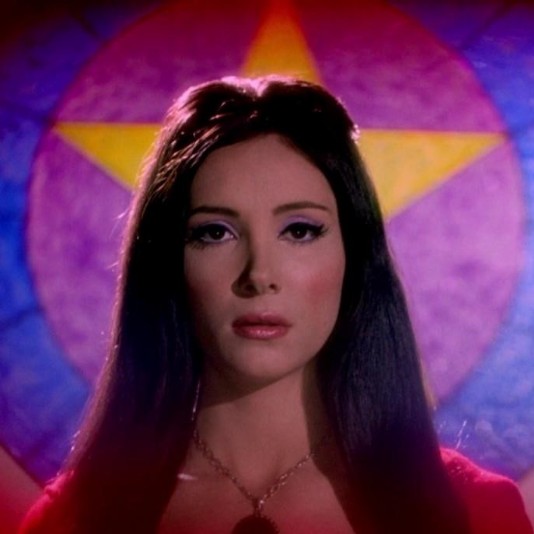 One thing Biller wants to make clear is that her work isn’t interested  in the exploitation film-making of the 60s and 70s. Some have drawn  links with the Russ Meyer of Beyond the Valley of the Dolls, a comparison she rejects, along with most movies of that era and kind.
“It’s the exact opposite of what I’m trying to do. That stuff is  interesting in the history of censorship, but they’re often just really  bad movies. I’m in conversation with earlier movies and with my own  fantasies about being a woman, and overthrowing patriarchal oppressions  that I face in my life. I can’t get into the mind of a male producer in  the 1960s who is making exploitation because those films were made for  men’s pleasure. They didn’t include women as a viewer or spectator,  whereas a movie like Marnie does. I just don’t really have a connection  to exploitation, because I see it just as a precursor to pornography. I  am in conversation with the pornography that’s all around us.”
Yet some of those ideas did arise in her 2008  debut, Viva. “It was a kind of Candide for the sexual revolution, a  1970s housewife being dragged through the sexual revolution by her  husband. It’s a comedy about the kind of strange experiences she has,  but it’s kind of an exposé on the sexual revolution and Playboy-type  male fantasies, and how it wasn’t really so great for women. People  don’t ask themselves: what is inside the minds and the consciousness of  those women, those centrefolds? What do they think about this? The woman  is literally at the centre of everything and yet she’s not there at  all.
“Maybe there is a little of that in The  Love Witch: the sense that you take the woman, the objectified sex  symbol, and you ask what’s inside her mind. The queasy thing about it is  how the left has appropriated that kind of free sexual politics in a  way that’s not really that good for women. So that if you complain about  some of the problems for women in the sexual revolution, you’re looked  at as a rightwing prude. The sexual revolution promised all kinds of  freedom to women, and none of it was accomplished – at least, not for  women.”
She also cites other female movie  types whose voices she would like to reclaim: the sexually aggressive,  confident women of the pre-Hays-Code era (when many more screenwriters  were women), film-noir femmes fatales such as Ann Savage in Detour and Jane Greer in Out of the Past,  projections of male postwar anxiety and misogyny. “I’m doing that with  The Love Witch, reclaiming the figure of the witch, the femme fatale, an  old sort of male fantasy figure, and make it a femme fatale seen from  the female side.”
Her next project, then,  initially seems a bit of a curveball. “It’s a Bluebeard movie! I’ve  always loved Bluebeard movies, or movies of that kind of plot – Gaslight, Caught, Jane Eyre – all those movies where women are terrified of their husbands, whether the husband’s evil or not, like in Suspicion or Rebecca.  The new wife, the new husband – the unknowable male.” Maybe not such  unfamiliar turf, then. She nods, chewing the fat. “All women’s pictures.  That’s where I’m headed next.” 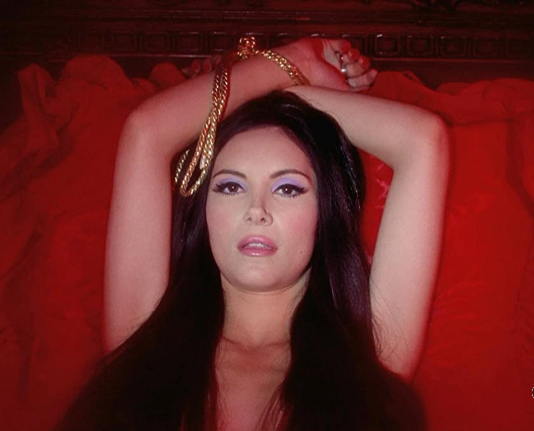 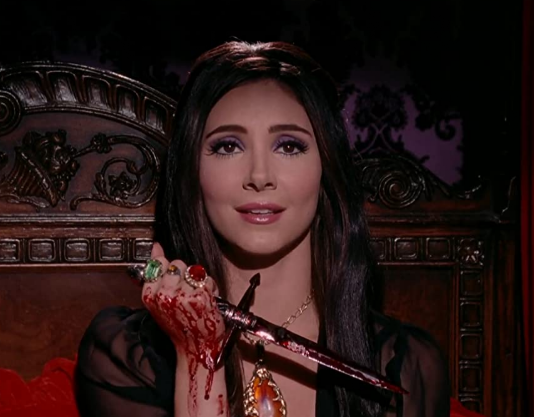